Sharman's membership with TOWN spans a period of 26 years and for all of these years she has been an outstandingly loyal and committed member of Maroondah and the entire TOWN organization. Serving the Maroondah club with dedication to the ideals of TOWN showing care and compassion for her fellow members has been her personal contribution.

Sharman joined TOWN in October 1980 and within the next few years joined the ranks of TOWN volunteers as club Assistant Treasurer, she has always believed it was important that in order to receive the most out of any club one must be willing to share their time and expertise by providing service to the committee.

Sharman accepted the Club Leadership position at a time when major changes to the club committee were essential for the survival of Maroondah TOWN club. With the support of an excellent committee the club was soon back on track. During her Leadership the club assisted many members in their quest to lose weight, with a number of members reaching their goals. Also excellent results were achieved at State Level.

In 1989 the position of State Vice President received no nominations, Sharman who was at the AGM that year accepted this role and was immediately thrown into a hectic period of TOWN. The whole organization at that time was very small with only a few clubs; however they were spread far and wide, Central Committee meetings had to be travelled many kilometres to attend and all the communications and work involved was performed from committee member's private homes.

Whilst serving as State Vice President TOWN was invited to take part in the Peter Couchman show on the ABC, the subject being debated was "Should there be controls in the Weight Loss Industry". When TOWN had the opportunity to be heard Sharman was handed the responsibility of speaking on TOWN's behalf, by the then State President. The result was an overwhelming success and began the first big wave of publicity that started the growth that continues to the present time.

Sharman's home phone number was given as a contact to viewers of the ABC show; this entailed her phone ringing constantly for many weeks from people interested in joining TOWN.

The following two years saw Sharman at the helm of TOWN as our State President. The interest in TOWN continued throughout this time and although it was very busy, with the support of a hard working executive committee, the good work begun by our founders was built on and supported by Sharman and her loyal team.

In 1999 Sharman accepted the Leadership nomination for Maroondah, and once again committed her time and talents wholeheartedly to this role. Attending Zone Meetings in her role as Club Leader meant embracing the changes introduced to the TOWN management structure, her contribution at Zone level assisted all clubs involved.

During her second year as Club Leader Sharman accepted the role of Zone Registrar which was a newly developed role. This extra responsibility meant that Sharman was on call to assist club weight recorders in her zone. As the TOWN Weight computer program was still in its infancy Sharman had to provide support where needed as all clubs in her zone were using the program, any problems in need of solving often involved hands on help with club computers.

Sharman is a totally committed TOWN member who is currently serving as a State Board Member, she has willingly shared her time and talents at all levels, many demands have been made on her and on every occasion she has risen to meet all these no matter how challenging.

Maroondah TOWN Club members are proud of her contribution to their club and to the wider TOWN organization.

TOWN Clubs of Victoria are proud to include Sharman in our Hall of Fame as the Outstanding Service Award winner for 2006. 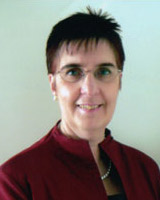