Margaret is a competent, confident and capable woman who has been very active in service to TOWN as follows:  ZONE:  Margaret has been a Zone Representative for Zone 10 from 2006.  She was also Zone Secretary of Zone 10 from 2011-2013.  Since 2013 Margaret has been the Board Representative for Zone 10.  Since the decrease in Board membership, it has been necessary to add visits to regional zones to Board responsibilities.  From 2013/14 and 2015/16 Margaret visited Maryborough for Zone 1 meetings, and she developed a close relationship with those Clubs (of which only 2 Maryborough clubs remain).  For the past 3 years Margaret has participated in Zone activities with Clubs from Zone 5.  Central Council:  Margaret is a committed member of Central Council, and has faithfully attended all meetings whilst she has been in office (as Minute Secretary and Board Representative).  Board Involvement:  Initially Margaret was invited to attend Board meetings as a guest in order to advise on the new Strategic Plan (due to her work experience and expertise).  She was appointed to the Board in 2013 and continues to the present.  Margaret was Minute Secretary from 2013/14 to 2016/17 and again currently in 2018/19.  Portfolio responsibilities include looking for grants suitable for TOWN.  The Strategic Plan – Margaret was responsible for developing the Strategic Plan and reporting on its outcomes for the first 5 year term.  This involved setting up different structures  (eg for data collection).  Together with the other Board members the “Red Book” was re- structured and rewritten.  Different surveys were devised and administered (eg. Survey into the needs of younger people, a survey into the needs of TOWN members and a Zone survey).  The second 5 year plan (to 2024) has now commenced with the adoption of the Year 1 plan.  General:  Over the past 14 years Margaret has attended TOWN AGM’s and other training opportunities, where she shares this learning, information and experience with members of TOWN.  Margaret has also run several courses including Secretary sessions, to pass on all her valuable knowledge and experience.  Early involvement with TOWN saw Margaret join the Diamond Creek Club in the late 1970’s – when it closed Margaret went to Croydon where she continued to lose weight.  Margaret rejoined Nunawading TOWN on 21st September 2009.  A keen and enthusiastic member it was not long before she became more involved and was our Weigher in 2006-2008, quietly encouraging members when some might be downhearted at not achieving what they had hoped for that week.  From 2009-11 Margaret was Leader and again from 2015-2017.  As Leader Margaret ensured the smooth running of the Club and inspired us all to strive towards healthier choices to reach our goals.  With her extensive knowledge of TOWN she is our “go to” person on many TOWN queries.  Margaret is a vital and valued part of Nunawading TOWN.  She is the person whom members approach for information and support.  She helps to inspire and motivate our members in her quiet kindhearted way, to be the best they can, to achieve their goals and support them in their dreams.  Put simply, Margaret is a credit to our Club and her expertise is greatly appreciated.  Over the past 14 years Margaret has actively provided help, and she is always alert for new ideas to improve, support and promote TOWN, both at State and Club level. 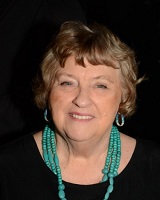