Elsa joined T.O.W.N. on 23rd October 1975 after her Doctor informed her she was a prime candidate for a stroke. Weighing in at 108.5 kg Elsa reached her goal weight on 18th May 1978 losing 35 kg. Although having lost weight, Elsa had a stroke in 1979 and while regaining movement and speech, her husband Harry would drive her to Club meetings so she was able to maintain Graduate status. 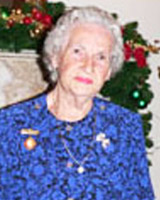