Therese joined The Gully T.O.W.N. Club in February 2005 after being overweight for a long time. Therese was very worried and depressed about her weight, as she did not want to become a diabetic like her mother or have a heart attack and other health issues. Therese visited her doctor who suggested joining a weight loss club called T.O.W.N. Therese took his advice and joined The Gully T.O.W.N. Club with her husband Alan (who was over weight as well) as support.  On her first visit to The Gully T.O.W.N. Club Therese weighed in at 90 .0 kilos.  By the end of that  T.O.W.N. year 2004/5 she had lost 7.6 kilos -and was beginning to feel healthier. She was exercising and following a healthier diet every day and it was beginning to show. The support and encouragement from The Gully T.O.W.N. Club and her husband helped greatly. At the end of the following T.O.W.N. year 2005/6, Therese had lost 15.8 kilos and was crowned Queen for the 2005/6 year.

Therese persevered and continued losing weight and by end the of the following T.O.W.N. year 2006/7 losing another 12.8 kilos and again was Queen for The Gully T.O.W.N. Club 2006/7- two years in a row - It had been hard work but without the support of the Club and my husband this would not have been achievable.

In total Therese has lost 34 kilos, over one third of her starting weight.

Therese transferred to Knox T.O.W.N. Club in 2015, and is a valuable and inspiring   member of our Club. Therese attends T.O.W.N. weekly and is always willing to assist in whatever way possible.

We at Knox T.O.W.N. Club feel that Therese is an extremely worthy candidate for the T.O.W.N. Hall of Fame. 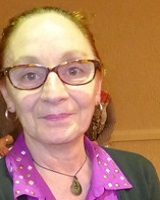